House of the Faun

Floor layout for The House of the Faun showing some important aspects and rooms.
Casa del Fauno, or The House of the Faun is an extremely famous house named after a little bronze statue of a dancing faun found in the centre of its Impluvium. The Houses most distinctive aspect was that it had a private side, and a public side with two entrances, Atrium's, Peristylium's,and Triclinium's. The house itself is located within the city of Pompeii, Italy and was discovered and excavated in 1830 after the eruption of Mount Vesuvius in 79AD which caused solidified ash and pumice to encase the city. It was built in 2nd Century BC during the Hellenistic Period and at the time of the eruption, belonged to the Cassius family. The house of the Faun is very important in the understanding of Roman life in ancient times as it is one of the largest and most impressive private homes in Pompeii, measuring 2950m² . This size shows off the wealth of the family, and houses many famous antiquities such as The Alexander Mosaic and the Statue of the Faun. this house reflects the Ancient Roman period better than most of the artefacts found in Rome itself.

When entering The House of the Faun, the word "HAVE" is presented made up of small pieces of glass and marble, meaning  'Welcome!'. This would have been put here to ensure that a warm welcome is made to the many guests that the Cassius family would have had to entertain on a daily basis[1].  Passing through the Vestibule and Fauces, you are greeted with a large rectangular Atrium. This Atrium is decorated with small, dark fragments of slate, which contrasted well with both the white limestone edge and light coloured Impluvium found in the centre[2].  This Impluvium is covered in pieces of coloured stone, glass and marble to create an interesting base for the well known statue of the dancing Faun[3]. The walls in this room were said to be painted in shades of red, blue, yellow, white and black [4].
On either side of the Atrium are sets of bedrooms or  Cubicula, and at the rear, the master bedroom or Tablinum is found. On the floors of one of the Cubicula, an erotic mosaic was found, depicting a Satyr and a Nymph[5].  On the north side of the master bedrooms walls, a wide and spacious window is found overlooking the the first and smaller open garden or Peristylium. This Peristylium was once surrounded by 28 large and classic Greek columns made of tufa, that are now broken, damaged or missing.Within this garden, there is a small and shallow pool with a marble fountain[6].  This small garden is able to be seen from the entrance way and creates an open environment in order to welcome their many guests.
The Exedra  is located opposite the master bedroom and contains the famous Alexander Mosaic on the floor measuring 5.5m x 3.2m. However the mosaic that is shown at the site is infact a replica as the real mosaic is kept in the Museum of Naples for safe keeping[7]. The Exedras entrance had two red fluted columns with Corinthian Capitals on each side of the axis[8]. On either side of the walls, the Nilotic mosaic is seen covering most of the wall. This mosaic portrays various animals that are found in the Nile, such as a Hippopotamus, a Crocodile, a Snake, various species of bird and many more[9]. The significance of this piece of artwork is that you are able to see that they have knowledge about the outside world and with it being so large, shows off the Cassius families wealth.


Based on the objects that i have found, I have come to the conclusion that this house created a substantial impact on the understanding of how Romans lived their lives in the Ancient world. The size of this particular house shows the wealth that this family had and how they wanted to display it, by  creating private areas and public areas only emphasises this. Since various slogans, propaganda and graffiti were found to be inscribed on the sides of the building portrays the idea that the family was indeed political, this would have contributed to the need for a public and private areas of the house. The various mosaics seen within this residence further reflects the amount of wealth that this family is trying to show off. An example of this is the Alexander Mosaic, because of its substantial size, nearly covering the entire Exedra floor, would've been extremely expensive to create with such detail and precision of the tiles. The importance of the owner of the house is shown by the use of Corinthian Capitals on the tops of the two columns of the Exedra as they are also seen in the Basillica, which is the public hall in the forum, in Pompeii. This displays where this family sits on the social hierarchy, which would have been because of their political stature, as well as their prosperity and wealth that they would have had. The Cassius family home has shown the significance of wealth in a Roman household and how it affect the way you live, interact with others and how you are known. The significance of this house is that it has shown many details and clues into the way Romans lived before christianity, an example of this is the erotic art win one of the bedrooms, as it would be considered taboo today. The eruption of Vesuvius insured the preservation of this home and shows us exactly what 79AD life was like for the wealthy and how important your social stance and wealth was and how it would have impacted your life as a roman. 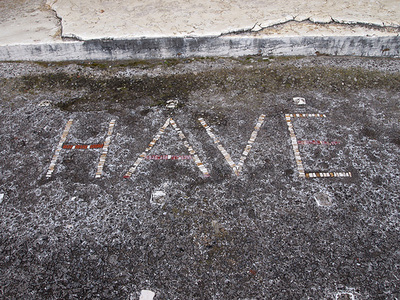 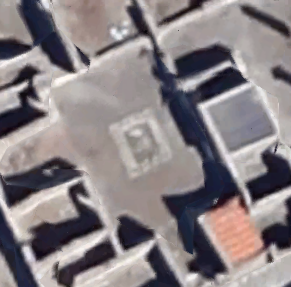 Google Maps view of the dark tiles with white outline, and the lighter Impluvium in the centre [2] 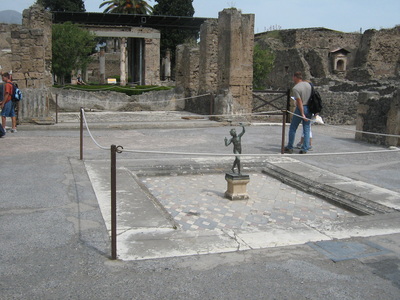 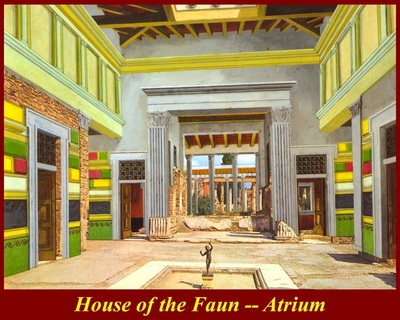 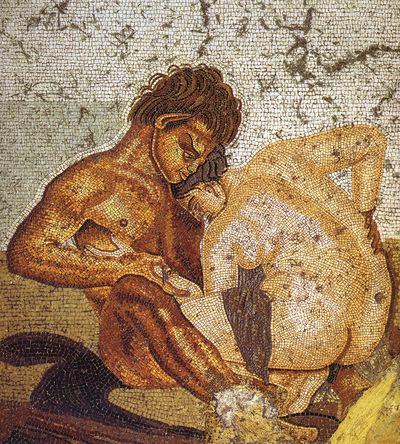 Satyr and Nymph mosaic found in a Cubicula [5] 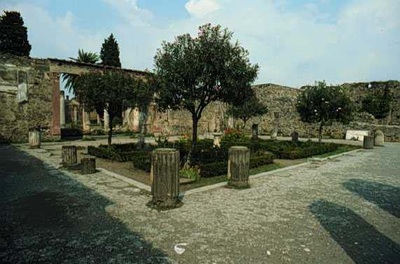 First Peristylium showing the broken or missing columns and fountain [6] 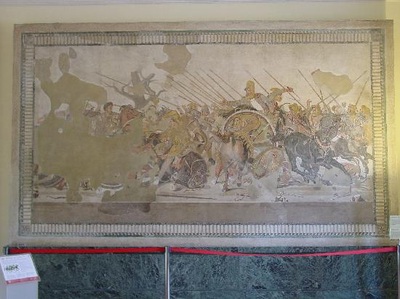 the Alexander Mosaic on display in the Museum of Naples [7] 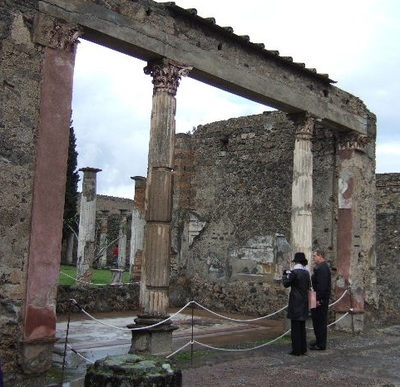